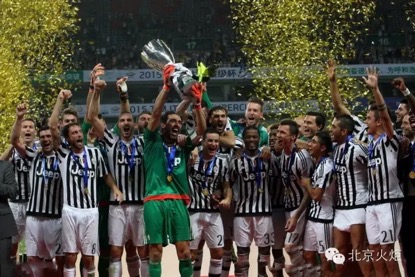 This year’s Italian Super Cup was held in Shang Hai, China, Juventus against Lazio, leading by Miroslav Klose,. It’s a real tough battle between two giants, and it’s the only one game of European top football match held in China in this year.

At 8th August, the big fight started to present in Shanghai, and Juventus won the title the 7th time by 2:0 Lazio as Mario Mandzukic and Paulo Bruno Dybala scored winner. 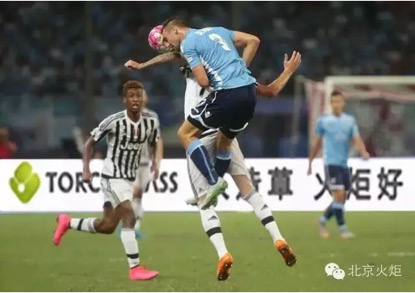 This is the forth time that Italian Super Cup was held in China, last three times the game were all on in Beijing, and the winners were Lazio (Year 2009), AC Milan (2011), and Juventus (2012). This year is the first time to organize the match in Shanghai.
Juventus has been the deserved overlord of this traditional match after gain the 7th prize. To have the first win in this season, Juventus sent all their famous players in their lineups, Buffon as the goalkeeper, and others like Mandzukic, Pogba, Marchisio and so on, while Lazio sent Klose and Candreva on squad.

During the first half, both side didn’t find their best way to control the match, there were only two off goal shots in total; In the second half, Juventus scored at 69 minutes, Mandzukic’s dominat heading assisted from his teammate.

In the 75th minute, Dybala made the second goal and help Juventus lead by 2 goals to the end of the game. And Juventus won the Cup the 7th time.